« America on the World Stage

Born Thomas Woodrow Wilson in Staunton, Virginia, the son of a Presbyterian minister. Graduated from the College of New Jersey (Princeton) in 1879. Admitted to the bar in Atlanta in 1882. Entered graduate school at Johns Hopkins in 1883. Married Ellen Axson in 1885. Published Congressional Government (1885), the first of several works on American history and politics. Awarded Ph.D. in 1886. Taught at Bryn Mawr, 1885–88, and Wesleyan, 1888–90. Professor of jurisprudence and political economy at Princeton, 1890–1902, and president of Princeton, 1902–10. Elected as a Democrat to the governorship of New Jersey in 1910 and served 1911–13. Won Democratic presidential nomination in 1912 and defeated Theodore Roosevelt and William Howard Taft; defeated Charles Evans Hughes in 1916 to win reelection. President of the United States, 1913–21. Following the death of his first wife, married Edith Bolling Galt in 1915. Suffered stroke on October 2, 1919, that left him an invalid for the remainder of his term. Awarded Nobel Peace Prize in 1919. Died in Washington, D.C.

"Every true heart in the world, and every enlightened judgement demanded that, at whatever cost of independent action, every government that took thought for its people or for justice or for ordered freedom should lend itself to a new purpose and utterly destroy the older order of international politics." from On the League of Nations (1919) 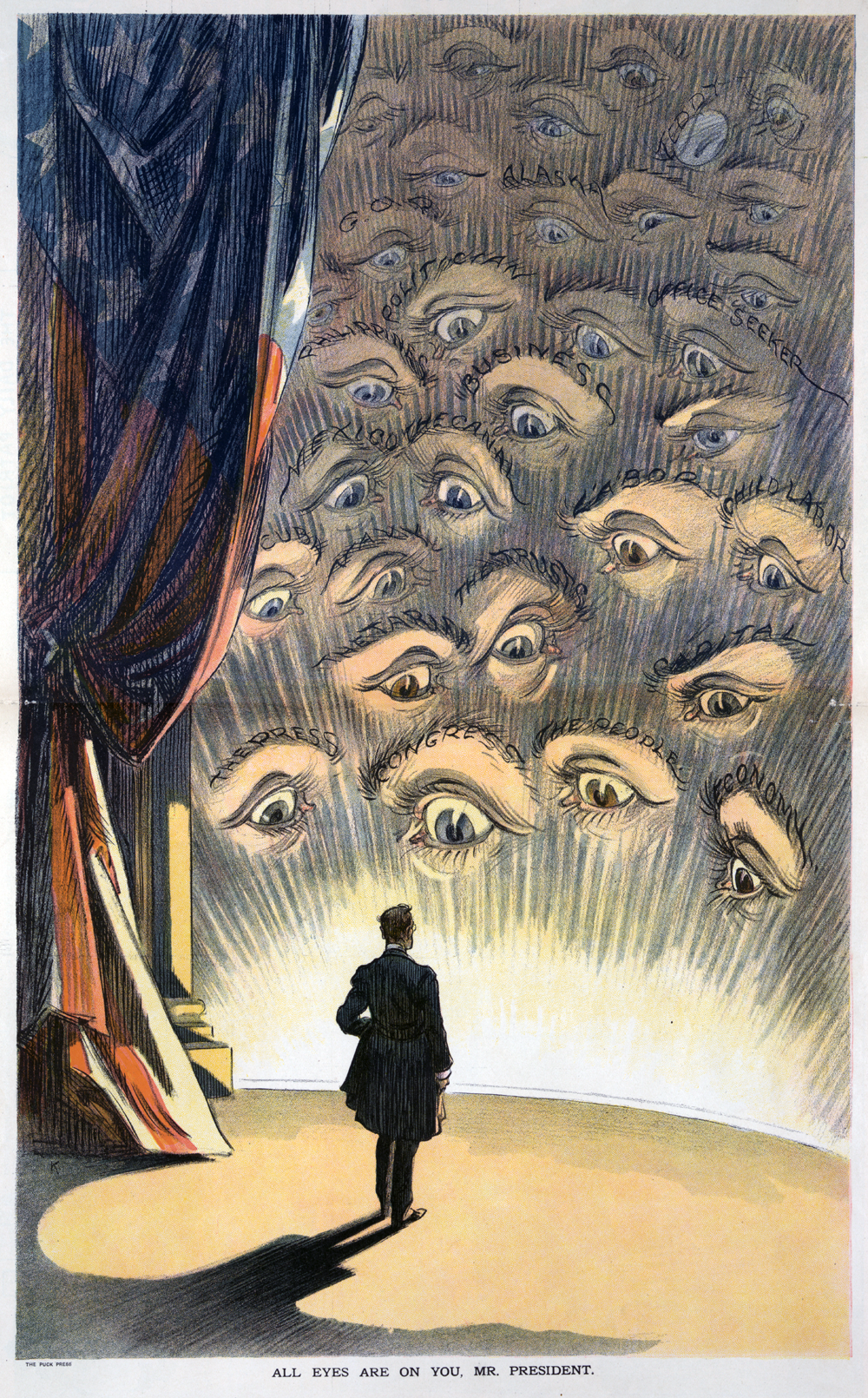 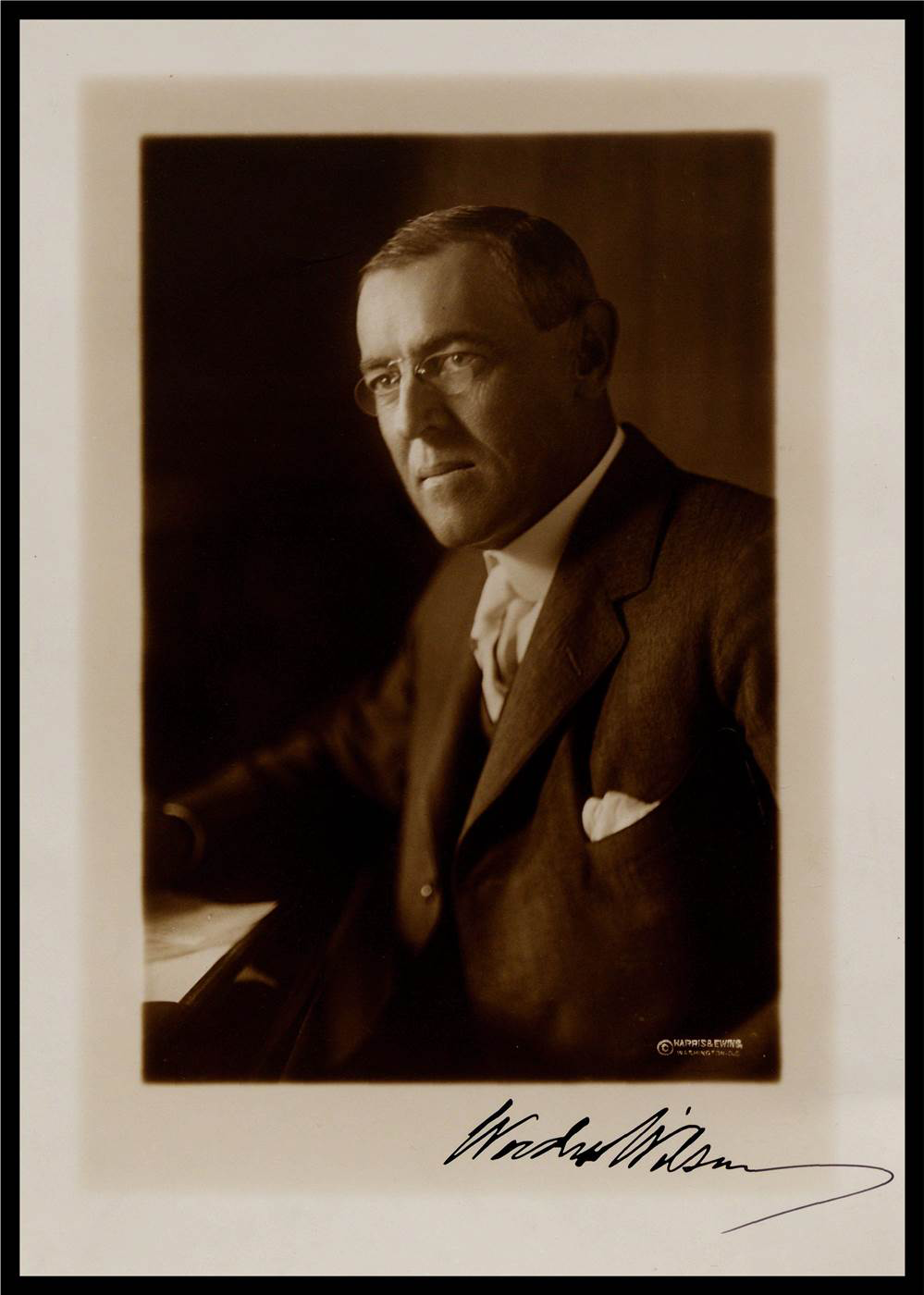