Born in California. Worked as bookbinder for the Los Angeles Times. Drafted into army and was assigned to the medical detachment of the 1st Battalion, 365th Infantry Regiment, 92nd Division. In June 1918 his regiment arrived in France, where it held the St. Die sector of the Lorraine front, August–September. Regiment was kept in reserve during opening of the Meuse-Argonne offensive before being sent to Marbache Sector along the Moselle in October. Served in battalion aid station at Pont-à-Mousson under heavy artillery fire, November 5–10, before being sent to Lesménils, where he was gassed on the night before the Armistice. Threatened with court-martial in January 1919 for violating order forbidding black soldiers from speaking with French women, but charges were dropped, and Isum was honorably discharged in March 1919. Returned to Los Angeles and job at the Times. Married Zellee Jones. Retired from work in 1930s as heart condition linked to wartime gassing worsened. Daughter Rachel, born 1922, began studying nursing in 1940 at UCLA, where she met star athlete Jackie Robinson and introduced him to her father shortly before his death. (Rachel Isum and Jackie Robinson married in 1946, the year before he joined the Brooklyn Dodgers.)

"I am indeed pleased to note that someone has the nerve and the backbone to tell the public the unvarnished facts concerning the injustice, discrimination and southern prejudices practiced by the white Americans against the black Americans in France." From “Returning Soldiers,” The Crisis, May 1919. 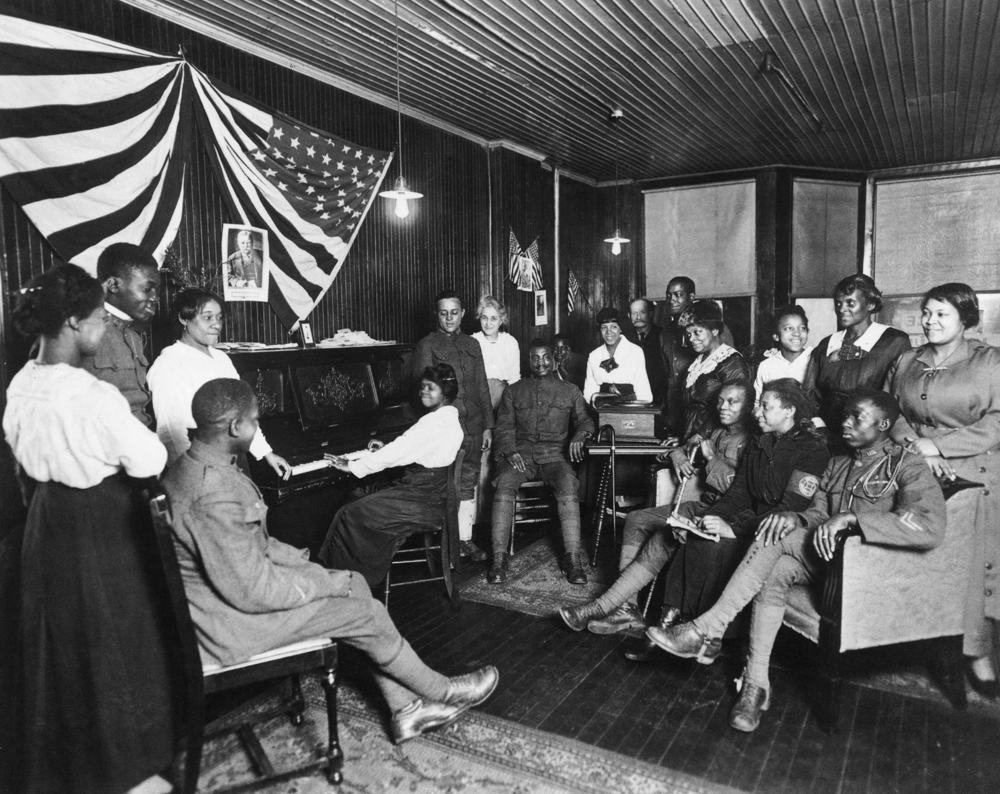 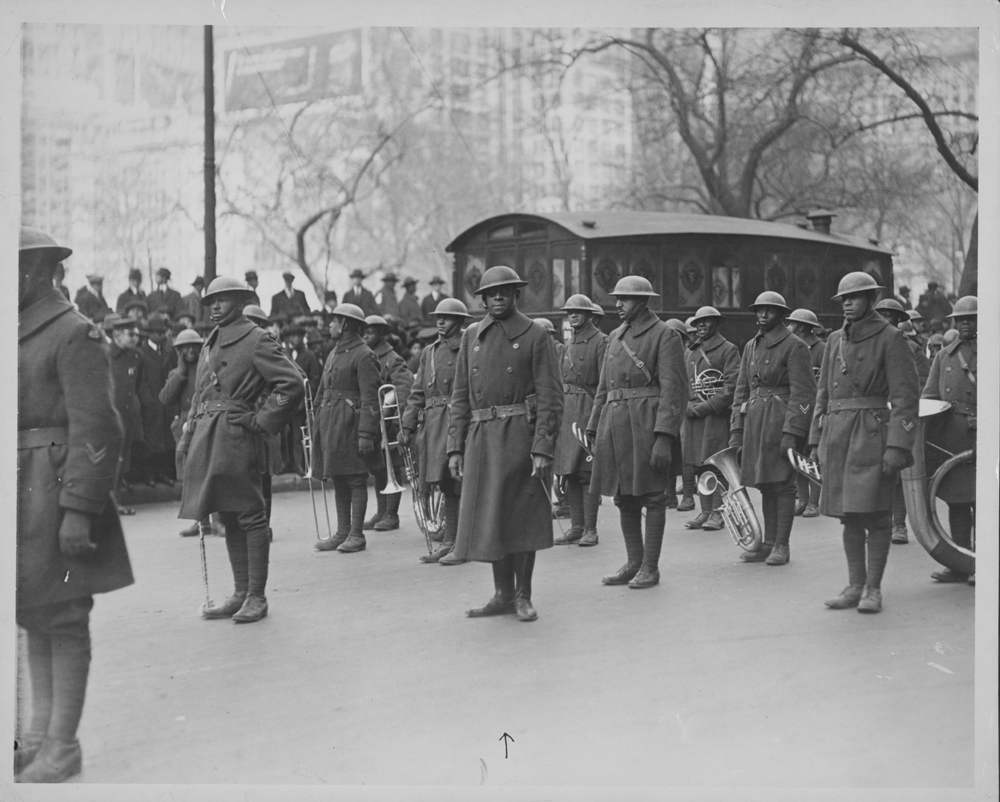 Image credit: An African-American US regiment of soldiers, playing as part of a company brass band, during World War One, New York, circa 1914-1918. (Getty Images)