Born in Chicago, Illinois, the daughter of a wealthy businessman with extensive holdings in real estate, mining, and diary products. Graduated from Vassar in 1907. Married George Douglas Turner, a Scottish lay missionary, in 1908. Published two novels under pseudonym Bridget Maclagan, 1912–13. Used her inheritance to establish military hospital at Rousbrugge, Belgium, in July 1915; her nursing staff included the American volunteer Ellen N. La Motte. Served as director of hospital at Bray-sur-Somme, August 1916–February 1917, and at hospital in Mont-Notre-Dame during the 1917 spring offensive in Champagne before returning to Rousbrugge. Published four poems in the English Review, August–December 1917. After divorce from her fist husband, married Edward Spears, a British liaison officer who had served with the French army on the Somme. Lived in Paris, 1918–21, before moving to England. Published The Forbidden Zone (1929), collection of sketches and poems based on wartime experiences, nonfiction work The Technique of Marriage (1933) and numerous novels, including Jane: Our Stranger (1923), Flamingo (1927), and Passport for a Girl (1939). Organized field hospital in Lorraine in February 1940. Escaped from Bordeaux in late June 1940 and returned to England. Reorganized hospital unit and served with Free French forces in Syria, Lebanon, Egypt, and Libya, 1941–42, and in eastern France in 1945; spent remainder of the war with her husband, who served as the British envoy in Syria and Lebanon, 1941–44. Published memoir Journey Down a Blind Alley (1946), describing experiences in Second World War. Continued to write novels, including For the Record (1950) and Martin Merriedew (1952). Died in Warfield, Berkshire, England.

"Behind the windows of the casino, under the great crystal chandeliers, men lie in narrow beds. They lie in queer postures with their greenish faces turned up. Their white bandages are reflected in the in the sombre gilt mirrors." “The Beach,” from The Forbidden Zone (1929) 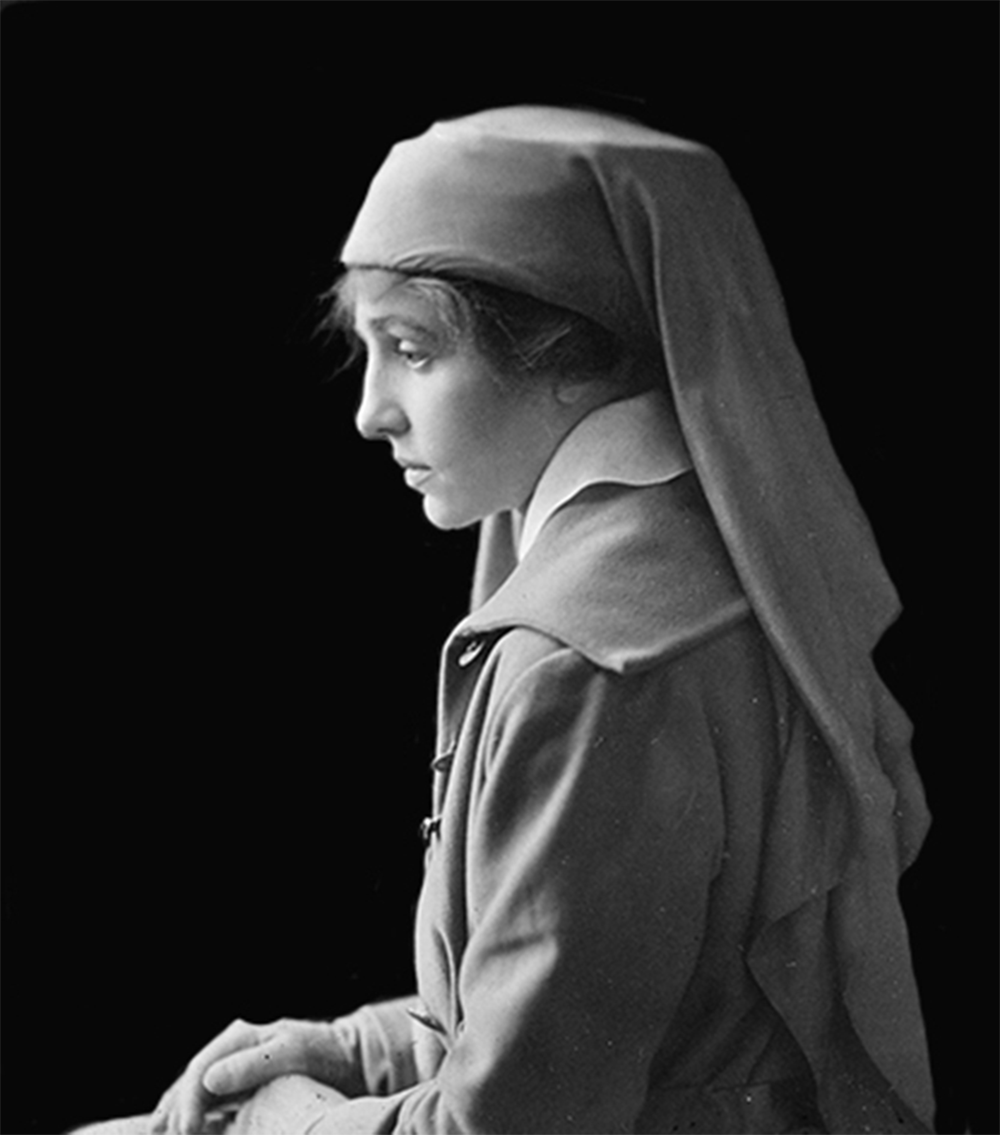 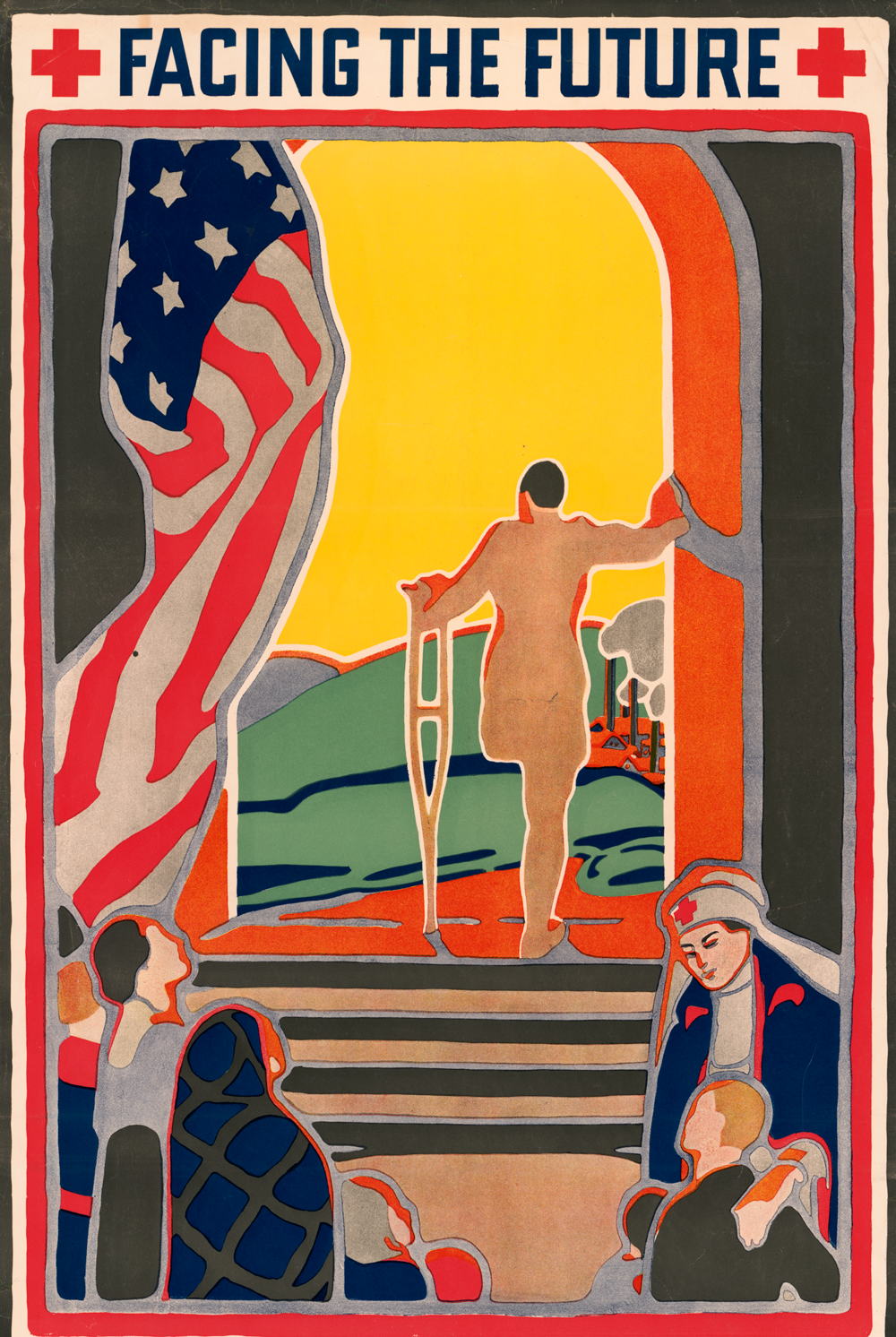 Image credit: Detail from C. F. Chambers. "Facing the future Uncle Sam offers training to every man disabled in the service--See that your man takes it--Ask the Red Cross," 1919 (Library of Congress)